Drs. J. Scott Carter, Cameron D. Lippard, and Andrew F. Baird recently published their research in Social Problems, a top research journals in sociology. This article examined how interest groups and elite actors in the United States frame their arguments for or against affirmative action in higher education. Focusing on the Fisher v. University of Texas-Austin U.S. Supreme Court cases, the authors particularly wanted to document the various frames of communication used in the briefs, noting whether they deployed color-blind rhetoric along with discussions of threats to group resources or privileges.  As defined by Carter, Lippard, and Baird, color-blind rhetoric is often phrases and statements that downplay the continuing issues of racism in the U.S. and often describe any racial issues in seemingly nonracial ways (i.e., suggesting that social class is the real issue or cultural and socialization deficiencies). When considering color-blind language, this study's results suggested that many special interest groups and individuals deployed color-blind arguments that included arguing that the use of race as criteria for college admissions went against American values of equality and meritocracy. Carter et al. also found that race and racism were issues that were already addressed through past Supreme Court decisions (i.e., the Brown v. Board of Education of Topeka Supreme Court decision in 1954). In fact, briefs against affirmative action often suggested that race or racism had nothing to do with the current problems non-whites face in accessing and being accepted to higher education. These arguments were actually counter to recent research that non-whites continue to face racialized problems throughout their educational experiences and this experienced tended to lower the necessary academic achievement scores necessary to attend college or a university. These findings supported research to date that found color-blind rhetoric used in almost every political discussion about race or racism residing in American institutions (i.e., criminal justice system, politics, labor market).

However, one new finding was that the briefs, particularly against affirmative action, used color-blind language to hide their intentions of stirring up white American fear and animosity towards non-whites. Sociologist, Herbert Blumer (1958), argued that often prejudice escalated to discrimination when interest groups and elite actors suggested to the dominant group (i.e., whites) that their resources or privileges were in jeopardy to other groups perceived as undesiring or inferior (i.e., non-whites).  Carter, Lippard, and Baird found that around 80 percent of the briefs written against affirmative action in higher education encouraged feelings of fear and animosity towards racial and ethnic minorities. More specifically, these briefs suggested overwhelmingly (78 percent) that affirmative action hurt white chances of entering higher education (i.e., reverse discrimination). Interestingly, this argument was used despite research evidence that suggested otherwise. These briefs also frequently implied that black and Hispanic college applicants were unprepared for higher education and had lower academic achievement scores than white applicants even though earlier in the color-blind arguments, they pitied non-whites for these same reasons. More important, the briefs argued that white applicants that were assuredly highly qualified were being passed over for college admissions os that a university could give away these coveted slots to less-qualified minority applicants in the name of increasing diversity. In fact, the word briefs against affirmative action argued that "diversity" was a code word for "racism against whites."  Thus, the authors of these briefs against affirmative action often used a rhetorical sleight-of-hand. On one hand, they suggested that race should not matter and that racism is dead. And with the flash of the other hand, implied that whites were facing racial discrimination and racism because non-whites were taking an assumed white privilege and resource of admission to higher education. Thus, the Carter, Lippard, and Baird concluded that while color-blind rhetoric attempted to stir people away from discussing continuing issues of racial discrimination and racism in higher education, interest groups and elite actors were able to infuse messages of threat for the white public to hear and hopefully mobilize to stand aganist affirmative action. 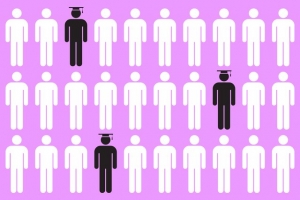 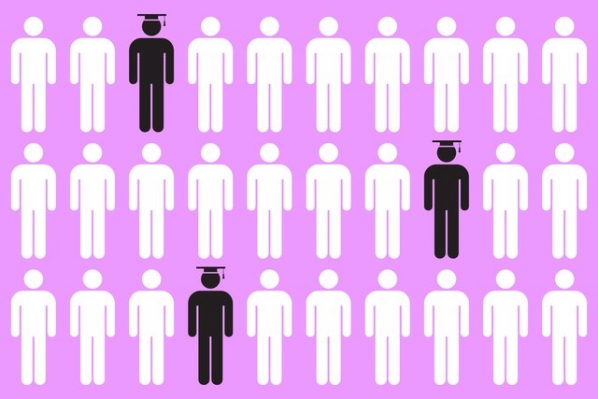