Jess Eatman Uses Her Sociological Knowledge in the For-Profit World!

Graduating with double Bachelor of Science degrees in Sociology (Concentration in Applied Research Methods) and Mathematics, Jess Eatman is a great example of how sociology students can be successful after leaving Appalachian State University. Jess was a great student in the Department of Sociology. Jess transferred to Appalachian State University from Virginia Tech University as a math major.  In the process of checking off her general education requirements, she took an Intro to Sociology course.  She recalls, “I had never liked any liberal arts type courses (English, History, etc.) I am a true ‘left-brained’ mathematically inclined individual.  However, I found myself really engaged in the discussions and actually looking forward to class!  I had never been into social issues or politics and I had no experience with analysis outside of a traditional, mathematics setting.  I was so fascinated with this scientific approach towards society that I decided to make it a second major.”  She worked closely with Dr. Beth Davison on several research projects focusing on a variety of social issues including gender discrimination, same-sex marriage, and the political climate in North Carolina during the U.S. constitutional fight for same-sex marriage. This research led to an informative research publication titled, "An Ecological Examination of North Carolina Amendment One Vote to Ban Same-Sex Marriage," published by Sociation Today.

After graduating in 2013, Jess was certain that her calling was to earn a Masters of Teaching degree to teach math and was accepted to a program at Seattle University. However, after thinking long and hard about her goals in life, Jess decided that joining the workforce immediately was what she needed to do for now. As Jess stated, " I did not want to incur student loans for a profession that makes such a low wage. For a long time, I regretted this decision, feeling like I sold my soul to corporate, trading my passion for a paycheck.  However, in hindsight, and with the current sociopolitical climate surrounding teachers, I am glad I took this path."

Today, Jess is an Analytics Manager for a team of report developers at McKesson in Richmond, Virginia. By combining her skills from her two degrees, she manages a team of analysts whose primary purpose is to find margin opportunities in the organization.  Her team builds self-service tools using big data and visualization applications that allow sales representatives of various departments to deep dive into their bottom line. Jess believes that her sociology degree has been immensely helpful in the for-profit world. She stated, " Sociology has helped me the most with interpersonal relationships, both personal and professional.  For example, if I disagree with someone, I can take a step back and take into consideration the other person point of view. I can think about what experiences in their lives have led them to feel this way?  What were they taught growing up?  Who were their examples in life? How different have our paths been leading up to whatever conversation we are having." She also suggested that sociology gave her the tools to manage her views and expectations as well. "For such a long time I was dead set on my opinion being right, and anyone who disagreed was wrong and I had a list of facts to throw their way to prove it.  I don’t see the world so black and white anymore because of sociology and my experiences since graduation.  There is a large gray area where you are neither right nor wrong, just different. I feel like this critical way of thinking and reflecting came from my foundation in Sociology. Sociology gave me a way to think through various situations critically and take into consideration the social climate in the corporate world in regards to gender, race, sexual orientation and how there is a palpable difference in the way individuals are treated. This perspective began with my sociology courses."

Beyond the 9 to 5 day, Jess has also found ways to keep her passions for sociology and teaching alive through community service. Jess serves as a part-time math tutor for kids in her community. She has also worked with various non-profits as a volunteer to give voices to folks to express their various gender identities to the world and even within their small towns and communities. One such example is Discovering Gender, a non-profit visual storytelling project.  Overall, while Jess left Appalachian six years ago, her journey and application of her acquired skills have been phenomenal and the Department of Sociology is certainly proud of who she has become. 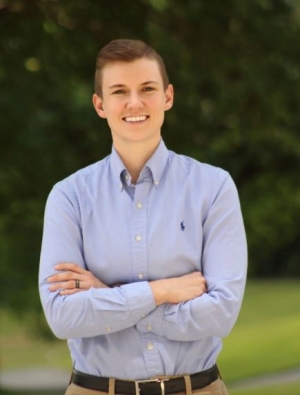 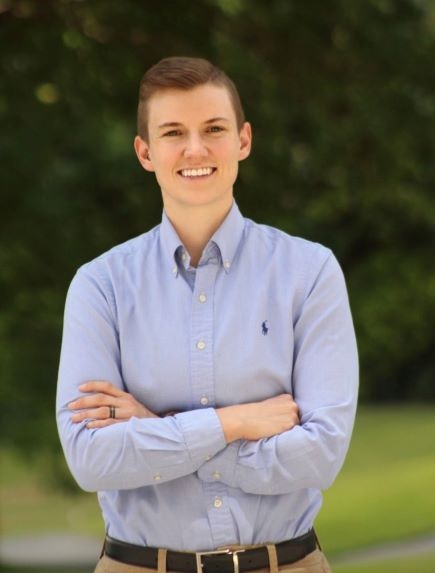